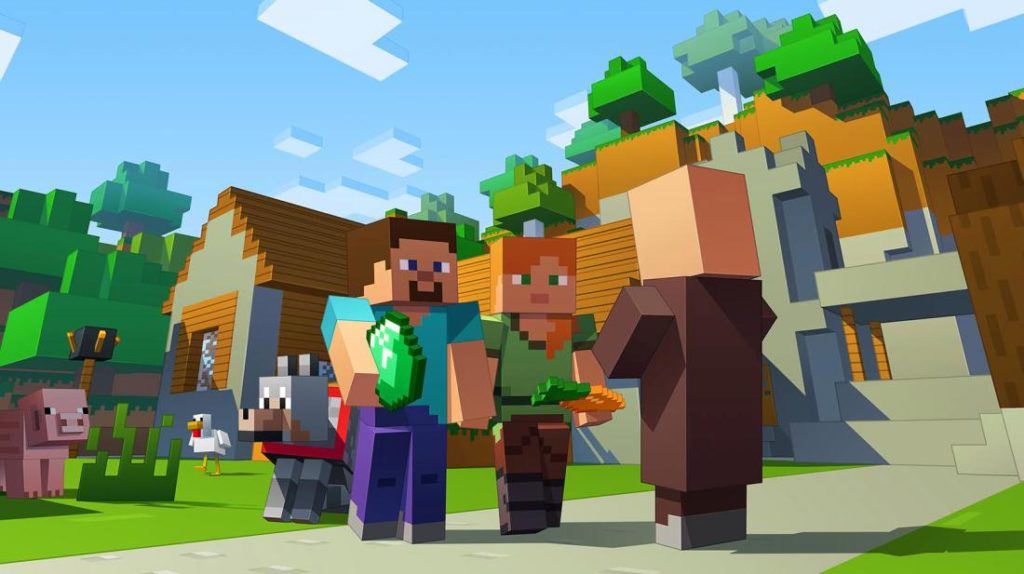 Minecraft is a game that has come a long way since it was first released in late 2011. The Minecraft – Pocket edition has made significant strides that are worthy of mention. The game still maintains its digital LEGO format and gentle action and RPG elements.

When the game was first launched for mobile phones, there were only the computer versions in existence. Today you can get the game on any gaming platform available, apart from Nintendo.

As mobile phones became more powerful, the developers of the game saw an opportunity to flesh it out a little more. The initial versions of the game only had a small world, no crafting, no mines, no nighttime, and no monsters.

Now, the game boasts of sunny days and starry nights, incredible creatures, an expanding world and several underground worlds to explore. There is also a robust crafting system. Some pieces of the game are still missing in the mobile versions.

An example is the ability to use Redstone for electrical devices and switching from survival to creative modes. But the game is still exciting despite these omissions. The original version was just a shadow of what the game is today, so a few missing elements are nothing to nitpick about.

Minecraft allows you to configure the mood for the type of game you want to play.

You can create whatever your mind is set on, and this establishes the mood for the game. Minecraft may have some limitations, especially when you are playing the mobile versions, but your imagination is the ultimate determinant of how challenging and exciting you want the game to be.

This is a game that you will find pretty difficult to put down. Once the ideas start rolling in your mind, you end up adding onto your small project until it becomes a huge undertaking. If the possibilities of expanding the project exist, you will find yourself being drawn to complete it.

You may start off with building a small tower, and then decide to expand it into a castle. This means going into the caves to get more materials. You end up getting more materials than you need, so you decide to build another structure next to your castle.

But hm! You may need some particular wood, and so you go looking for it. This process may continue until your phone runs out of power, or hunger drives you to abandon the game and venture into the kitchen.

Minecraft – Pocket Edition may not be the only mobile game that gives you this kind of experience, and it may seem to cost more than it really should, but keep in mind that it is still in active development.

This makes fans feel excited about the future of the game, especially after looking at the annual evolution of the game over the past few years. Already the game has a lot of fun and exciting things to do and create, and one can only imagine how much more will be added into the game.

So you can rightly say that despite the fact that Minecraft – Pocket Edition may not be atop the pyramid of games in its class, it still holds its own, and will keep you immersed in its gameplay to an embarrassingly deep level.

What’s happening to the controls?

The new control system is one thing that is not well done in this game. The layout is quite okay for players who have an MFI controller, but the new touch controls have some bugs that need ironing out. They seem to work poorly in some areas and excel in some others.

For example, when you are in creative mode, you will find it harder to fly than you did before. The developers should add an option where players can use the classic or touch controls, but that is just one person’s opinion.

This is an exciting game that works wonders when you are looking for an enjoyable time playing a game that has funny challenges. You may have to fight some monsters at times, but it is mainly about thinking of what to build and how you will get the materials to make it.

The possibilities are endless in this game. Build something from the real world, or build something that you have created in the depths of your mind. It is a game that you can use to bring out the creative nature inside you.

There may be some aspects that the developers need to add or change, but ultimately this is a massively exciting little game.