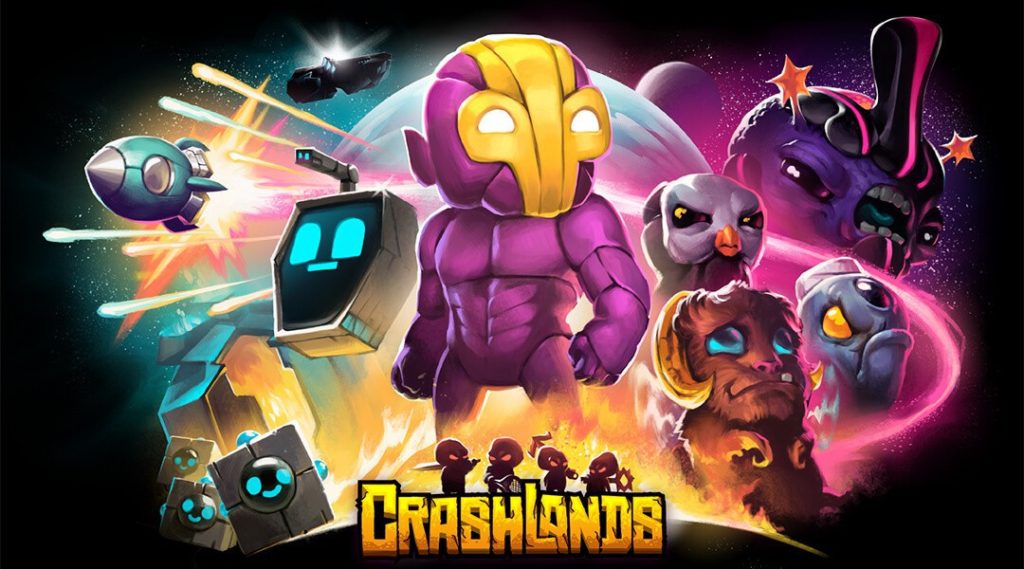 Crashlands – To fight or to Craft; that is the question

Crashlands is another crafting game, where you get to build worlds and environments using materials that you have to earn or find. The game will have you glued to your phone for hours as you try to go past fire-breathing monsters and floating angry squids to get to the next level without getting killed. Although the game is classified as a crafting game, there is a lot of RPG action contained within. The game has a smart design, from the way it streamlines elements that would otherwise be irritating to the way it gives out treats in small measures.

Some crook steals a part of your spaceship, and you end up crashing on a nearby planet. You will need to fabricate some spare for the stolen parts, but the materials for this are not easy to find. You need to go to your first crafting station and get some grass, and then you start your adventure. You will start off without any weapon, but you will find a saw, which will be automatically added to your spacesuit – this is one of the enticing features of the game. Whenever you get tools, they are attached to your suit and automatically used when needed. So when you come across some wood, the saw automatically jumps into your hand. You need to stay out of the enemy’s way until you get a weapon of your own. You can track the enemy from the red markers shown on your screen.

In Crashlands, you have to craft your weapons. You can break down old mechanical parts to get spares to craft a weapon. When you use old gear to craft weapons, you increase your HP and attack power. You can also unlock and create new equipment, which changes your appearances and makes the game more interesting. You can also opt to keep dodging your enemy and not worry about weapons, but where is the fun in that? 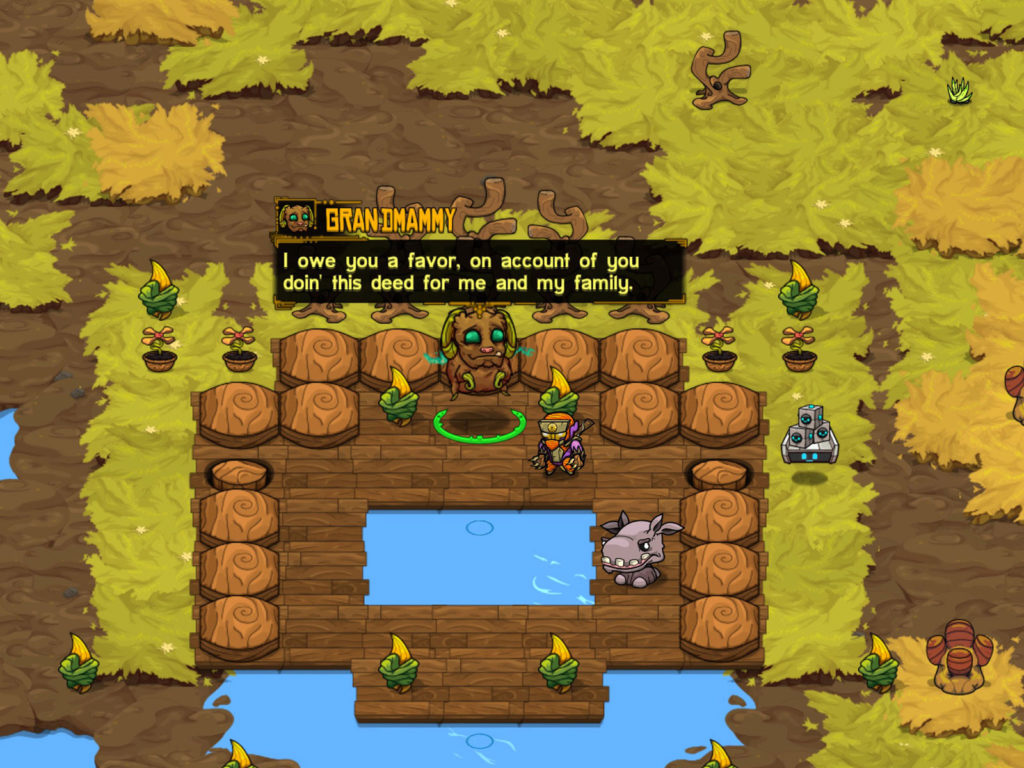 What happens when you die?

When you die, the game allows you to respawn back at your starting point, but with some low HP, and you lose any materials that you may have recovered. However, if you manage to find your way back to the point where you died, as shown on the map, you will get all those materials back again, and a gravestone is showing that you died there.

On the other end of the stick, all your enemies will regain their full HP when you die. It is as if they feed off your demise.

The map will show much more than just a gravestone marking your demise. Any interesting points in your quest will be marked, and teleporters will also be shown. All you have to do is tap on a teleporter, and you will instantly be transported to that point. You can go anywhere using the teleporters as long as you are not engaged in a fight.

You will also see various quests marked on the map – some are essential for progressing in the game, while others are for getting bonus points and extra tools.

These are used to open up the game slowly. You will not be able to craft an object without the recipe. Some stations will come with a recipe, but for most, you will have to get the resources on your own. Important parts such as new tools originate from the main quests, while other less-important ones can be gathered randomly. Optional items are available just to add fun to the experience. Whenever you finish a new quest and pick the critical and optional items, you will have a wonderful sense of achievement.

Some fun secrets to look out for

Look out for items such as rare materials which allow you to create unbelievably powerful gear, or monster eggs, which hatch pets that can help you fight your enemies. The pet can be named, fed, and outfitted with specialised equipment which you will have crafted to make it more formidable in battle. When you have a pet, your actions become easier, since it will handle the brunt of the attack. However, once you have found your first pet, it will take a long time before you come across another egg to hatch.

The User Interface and controls are perfect. You move by tapping where you want to go and tap on an object to activate the proper actions required. If you are missing something for work to be completed, you will get prompts telling you so.

Use the hot menu to store items that you may need to access quickly. The map, potions, bombs, quest log and status screen, are some of the things that you can store there. You can get access to these with the simple tap of a button. Crafting is easy – once you have the necessary materials for the item you want to craft, draw on it, and it will be automatically assembled. Construction, on the other hand, requires a separate interface, launched by a button. Here you tap an item and then the materials needed, and finally, tap on where it should be placed. When something is set incorrectly, you just tap on it again and try to put it correctly.

The game has an exciting storyline, and the variation of the quests adds some zing to the gameplay. There are moments when you are fully engaged in battle and others when you take things easy so you can craft or construct some item. Going out looking for materials for crafting is also exciting since it resembles some treasure hunt, using your map as a guide.