Who doesn’t love a superhero? Very few people if Hollywood is to be believed, and video games aren’t that much different.

Spider-man’s not the only superhero with beloved games. Batman has the beloved Arkham series, Punisher has the X-box cult classic, and even the Avengers got Marvel Ultimate Alliance.

However, there’s still a rich tapestry of superheroes that have yet to receive recognition, and a video game would be the perfect place for these characters to shine. 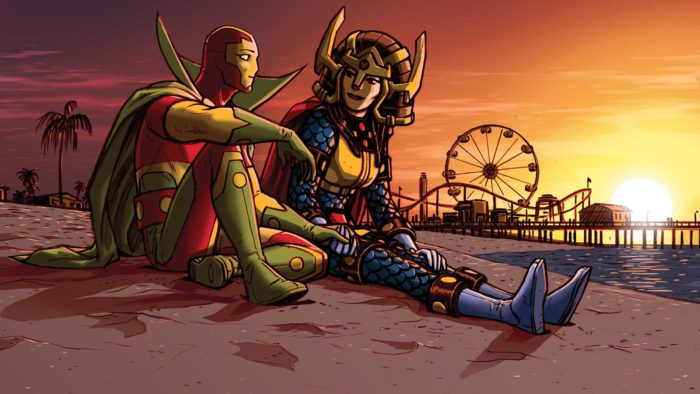 A part of Jack Kirby’s New Gods, Mister Miracle is a DC character with a rich mythology and engaging cast of characters.

Mister Miracle is directly related to DC villain Darkseid, being his adopted son. This scope would make for excellent drama, as well as be a good way to introduce the villain to newcomers.

His love interest Big Barda would also make the game interesting, and shake up the gameplay with her her pure power. It would definitely be better than the Mary Jane sections in Spider-man.

There’s also plenty of other compelling characters, both allies and enemies. Characters like Orion, Granny Goodness, and Desaad would all make for fascinating game characters.

The theme of an escape artist would make for an excellent set-up for a game that wants to include a mix of action and puzzles, as well as Uncharted-style set pieces.

DC currently has plans to make a New Gods movie, and releasing a game starring one of its best characters would help expose many potential fans to him. 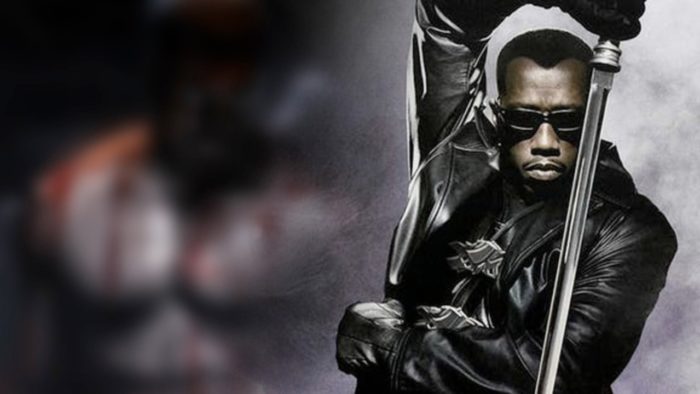 Eric ‘Blade’ Brooks first appeared in the pages of Tomb of Dracula, but most fans know him from the late 90s/early 00s movie trilogy.

Blade’s mother was bitten by a vampire while she was pregnant with him, leaving him with an immunity to vampire powers and giving him their powers.

He’s also one of the coolest characters to grace comic books.

He received a game on the original PlayStation, but it didn’t exactly wow either critics or fans, so he’s long overdue for a revisit.

Fans of games like Devil May Cry or Bayonetta don’t have to use a lot of imagination to think of how well this game would work in the hands of a talented developer.

Critics who disliked the Blade movies even compared the films to a video game, with the abundance of slick moves and gadgets Blade has.

This could easily become a strength of the game, emphasizing his variety of abilities.

It doesn’t even have to be limited to vampires. Marvel has a plethora of monsters and demons for Blade to fight, which would make for an unforgettable action game.

A mainstay of the DC universe, Martian Manhunter is best known for his appearances on the 00s Justice League cartoon and the current Supergirl TV show.

The last living Martian, J’onn J’onzz fights crime on Earth now with the Justice League, and by himself.

His comics are always typified by being incredibly weird.

While his shapeshifting powers could make for a cool action game, they would be better suited to a surreal experience game, especially when his Martian culture is brought in.

Most superhero games tend to default to action, but a game that used the interesting parts of superheroes to push the surreal would make for a unique and fascinating game.

A long-running DC comic best known for its cartoon adaptations, Teen Titans has a huge roster of heroes and scenarios to play through.

The Titans became truly popular in the eighties when they began a run that attempted to make DC an equivalent of X-men. It was a huge success, saving DC from bankruptcy.
It was these stories that the 00s cartoon adapted for most of its run.

Its variety of characters and stories right away invites the idea of a fighting game an action RPG.

Games like Marvel Ultimate Alliance or X-men: Legends provide a good blueprint for an RPG, while games like Marvel Vs. Capcom shows the possibility of a large-roster fighting game.

But the possibilities don’t end there. The Titans have been to the edge of the galaxy and to hell dimensions. The sky is the limit for these characters.

The Titans are beloved characters with great stories, and translating that dynamism into video games would be incredibly easy.

Neither Marvel or DC, but the independent creation of writer Brian Clevinger and artist Scott Wegener.

Robo is a robot created by Nikola Tesla and the head of Tesladyne Industries. He and his group of action scientists go around the world investigating the weird and punching Nazis.

Science is also a heavy theme, with elements of exploration of crafting that could translate to video games very easily.

Atomic Robo is heavily influenced by the pulps and has a heavy sense of camp, with enemies like Doctor Dinosaur.

Robo could work with a whole bunch of different genres, from action to exploration, so long as it keeps the essence of fun and humor that make the comic such a joy.