The Success Behind Fate/Grand Order 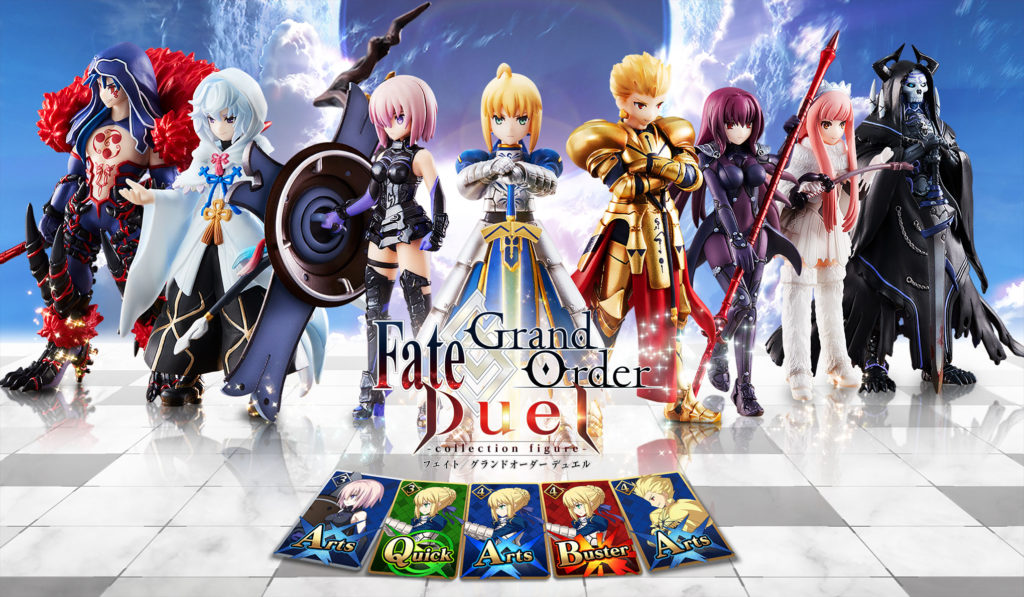 Fate/Grand Order is one of the most popular phone games ever created. It makes an average of 1.3 million dollars a day.

This puts it on the same level of phone game juggernauts such as Pokemon Go. The game has exploded into a genuine phenomenon.

It’s the newest part of the Fate franchise, which comprises visual novels, light novels, and anime. It has been popular, but Fate/Grand Order took the popularity to a new level.

In the crowded world of phone games and microtransactions, Fate/Grand Order has been a juggernaut.

The concept is very strong

The basic premise comes down to bringing characters from history and mythology to duke it out, making it an anime version of The Deadliest Warrior.

When you add in the ability to collect your favorite characters like it’s a digital trading card game. Pokemon with historical figures.

Man fans will humorously point out that if you google image search some its characters such as Nero or Alexander the Great, the Fate character will show up before the actual historical figure.

The stylization and the anime-style combat with magic also make the game feel like more than a cheap edutainment game. There’s a clear love of the stories behind it.

And many people have taken the game as a springboard to learn about mythology and history. Blogs, Twitters, and Tumblrs are dedicated to the real stories behind these figures.

While the franchise takes serious liberties with these characters, there’s still an undeniable thrill to seeing anime reinterpretations of famous figures like Mata Hari or Nobunaga.

As ridiculous as the game can get, there’s an undeniable appeal to the ability to make Cu Chulainn fight Alexander the Great in a big anime battle.

It is story intensive

While many phone games only have stories as a courtesy, the story is in large part a big part of the actual appeal.

Characters aren’t just a list of stats. They show up in lengthy cutscenes where they end up having motivations, arcs, and connections to other characters.

The quality of the stories, of course, varies from arc to arc and character to character. It’s to be expected for such a massive endeavor.

However, there’s a level of effort even with the weaker installments. The writers of the scenarios want you to care about the characters and events.

This is something that elevates the characters in the game from just being about stats or numbers. People want to get characters because they like them.

Many games reduce their ‘gacha’ aspects to simply getting more power or accessories, but Fate/Grand Order makes it more emotional.

The stories themselves have gotten good enough that two of the arcs -Camelot and Babylonia- are both getting anime adaptions.

Numbers by themselves are soulless, and while many phone games will skate by for a while on skinner box techniques, that will wear thin for many gamers.

By giving Fate some semblance of a heart, a story to care about, and a world that feels like it has consequences, it invested plenty of players.

You don’t need to be a fan of any of the original Fate works to enjoy Fate/Grand Order, but if you were a fan of the old works, there was a lot to like and find nostalgic.

The first storyline of the game plays off the original visual novel Fate/Stay Night but deliberately twisted it, making fans revisit the original story, but still enjoying the surprises.

Beyond that, classic characters show up often and are given their due as powerful servants, as well as in more accessible lower-power servants.

With a steady stream of fan favorites, callbacks, and expansion that doesn’t alienate new fans, Fate/Grand Order managed to do what many franchises always struggle with.

This isn’t to say that Fate never stumbles with its fanservice or overplays its hand. It does overexpose some characters like Nero.

However, it understands the importance of its core fanbase just as much as its new fans are what keeps it alive.

It knows how to keep the game going

Every phone game is going to be a bit of repetitive action. That’s part of the appeal for many players after all.

Fate/Grand Order is a game that manages to shake up the repetitiveness by making each event and storyline feel different.

Many of their events have very different gameplay styles and different ways to get the items you need to grind for.

This keeps the game from getting stale despite the fact that you are often doing the same thing over and over again.

They also make all the stories different enough that people may often go into the next part of the game just to see the story.

By creating a varied experience, the game manages to stay fresh.