Superhot VR: The Minimalist Game with a lot to Offer

Many games make you feel like an action hero, battling it with gangsters and hoodlums amid a hail of bullets and fists; this would be no task to be attempted by mere mortals. Superhot VR has managed to make this quite a realistic experience.

The game slows the time around you until you make a move or shoot, making you feel like you are moving at the speed of light.

Superhot VR game design may seem rather rudimentary given that there are no textures for the background, and your enemies all seem to have a reddish colour. However, the game action is fast-paced and exciting. The lack of too many graphics should not deter you from taking on the game. You will be amazed at how involving it is.

The controls seem to be a bit tricky especially when using the throwing weapons. The timing and release are a bit tricky to start with, but you will soon get the hang of it. You may have to start off by shoving things rather than throwing them. A bottle aimed at the head of your gun-toting enemy may win the fight.

This is a first-person shooting game, and there is only one character, the hero doing all the shooting.

This is a minimalistic game environment, which does not use a lot of graphics for the background. The game mechanics are similar to those found in most shooting games. Time stands still when you do not move, and this gives you time to weigh your options and come up with a fight plan.

There is a campaign mode that comprises thirty levels of intense fighting. There are several types of weapons in the game, which you gain when you kill more enemies. The enemy has the same capabilities as the hero, so your tactics are pitted against those of the game system.

The main character is the determinant of time, and this gives you an added advantage over the enemy. You can weigh your moves, take a look at approaching bullets and then decide whether to duck or run away.

The enemy is system designed and comprises of others like you, with the same capabilities that you have. Being a minimalist shooting game, there is not much regarding character development other than getting to gain more weapons and using them accordingly.

Now, this is where the game gets exciting.  Although the gameplay lasts only for a few hours, you get the action that is packed in a 10-hour game. You go through a sequence of fast-action scenes, hardly giving you a chance to rest. Your enemies will come at you with everything they have, including fists, knives, clubs and guns. 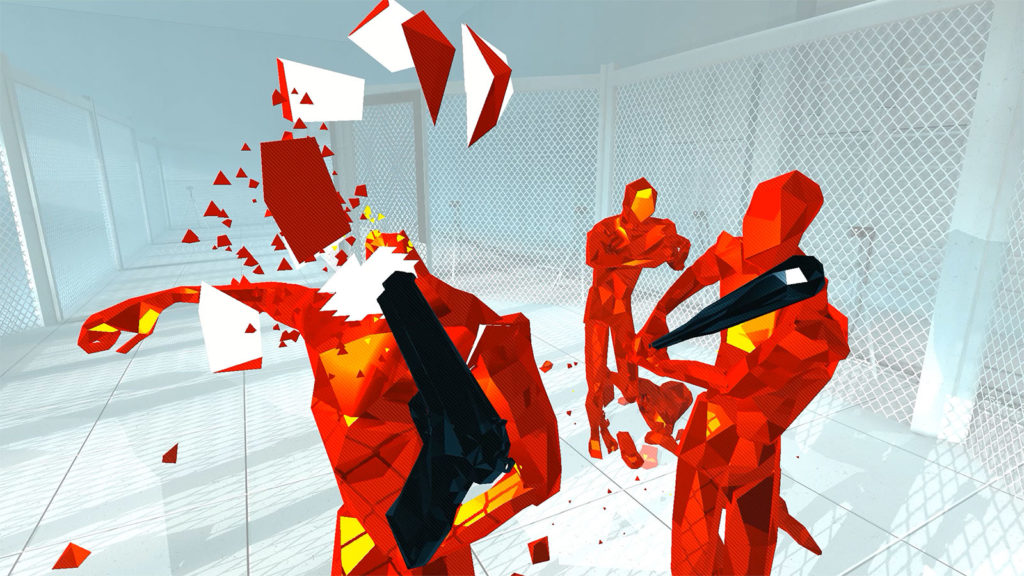 If the time were moving as it normally does in most games, you would not stand a chance – these guys come at you from all directions and at high speeds.  The background does not have any texture, allowing you to spot your enemies.

However, it will only take a single enemy bullet to kill you, and you need to use the time you have to decide how to handle each situation. You have full control since they will not pounce on you until you make a move.

It is great to think that you can punch, stab, shoot and shatter an enemy through the power of your mind, and it is an overwhelming feeling when you see your enemies fall at your feet like you were a hero in a Matrix-like world.

You can even block their guns with your own, and a few punches then steal their weapons from them.

Any of your dying combatants may throw their gun at you to keep you away; snatch the weapon from the air and turn it on his compatriots. This is a great move, and you do not have to get too close to your enemy.

The enemy has the same capabilities as the leading player. There is not much else; remember that this is your typical first-person shooting game.

If you want to have a great shooting experience without having to worry a lot about game plots, Superhot VR is the game to play. The gameplay is quite involving despite the original design. The fact that you are the time master gives you an advantage in that you get to decide what o do without feeling the pressure of continuous gameplay. This is a game that you should include in your library.