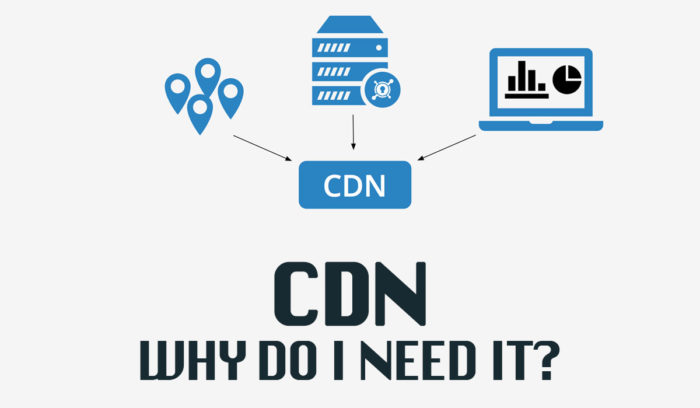 CDN may not mean anything to you when you hear it.

There are chances that you do not even know what it stands for, much less why you would need it.

But each one of us that is online uses CDN. This can happen when you are shopping, reading blogs, getting caught up on social sites, or just watching videos.

In this article, you will learn what CDN stands for, and why you need it. We will discuss how CDN can make a website reliable, and talk about security with CDN.

Content Delivery Network. This is a network of proxy servers with their data centers.

The first CDNs were developed in the late 1990s.

As they were costly, they were only used by larger companies.

They started as an Origin Push for the caching method, then transferred to many being Origin pull. Now most of them are Origin pull.

The network topography started out as scattered. In the 2000s, it changed to consolidated, and by 2010 it was highly consolidated.

The content served, in the beginning, was static HTML and downloadable files.

The closer one lives to the CDN server, the quicker the content will reach the user.

CDNs are offered many times as an extra through hosting.

Why do you need CDN?

CDN can be used to protect some websites against malicious attacks.

They can also improve the security of a website. They can provide DDos Migration, as well as security certificate improvements.

Those using a CDN can see faster load times. Bounce rates may also be reduced.

Some have seen bandwidth costs decreased as well when using CDN. CDN can reduce the amount of data the server must provide.

Many do not realize that CDN makes a website reliable. A website’s server can be down when hardware fails, or there is an increase in traffic. And if there is a malicious attack, then the site will be down.

However, a great CDN will make the website have less downtime. Which means it will be much more reliable.

Rapid spikes in traffic will be scaled much easier, as the traffic network will have load balancing distributed evenly across more than one server.

Service will be uninterrupted if one of the CDN servers go offline due to intelligent failure. The traffic will just be redistributed to other servers in operation.

As we stated above, you may not even know that you are using CDN. However, the following groups tend to use CDN the most:

CDN must use a variety of tactics for keeping sites safe and secure.

Some of these tactics include SSL/TLS Encryption. These are needed to have data be transmitted safely online.

Sites that use CDN will also have a CDN certificate.

A CDN makes a website reliable as it will provide more uptime. There will be faster load times as well!

And a site can be more secure with bounce rates decreased when a CDN is used.

If you have experience with a CDN, please feel free to leave comments below.